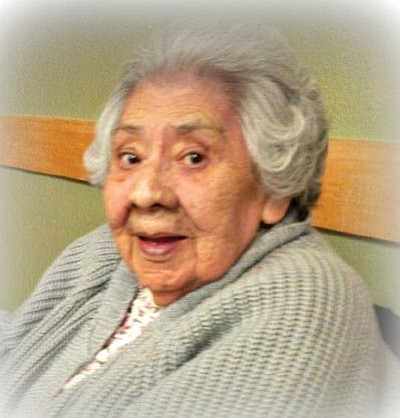 Margaret Estrada Otero passed away on Sept. 25, 2015 at Haven Health Facility in Flagstaff. She was 93.

Mrs. Otero was born Feb. 22, 1922 in California. At the age of five she moved to Arizona. She later met and married Onofre Otero and resided in Williams for the remainder of her life.

Rosary is scheduled for Wednesday the 30th at 10 a.m. Funeral services will be at 1l am at the Catholic Church St. Joseph Parish at 900 Grant St., followed by burial services at Williams Mountain View Cemetery.

Lozano's Flagstaff Mortuary is in charge of funeral arrangements. Memories or condolences can be expressed directly to family or online at: www.FlagstaffMortuary.com