NOAA: winter weather could be strongest since 1997
Arizona facing 95 percent chance for an El Nino winter 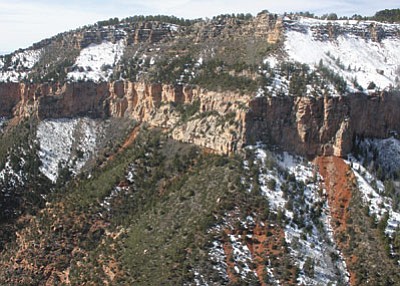 PHOENIX - Fresh off another punishing storm, Arizonans likely can expect to see a wet winter as El Niño conditions heat up the Pacific Ocean.

The National Oceanic and Atmospheric Administration (NOAA) said El Niño conditions are present and there is a 95 percent chance they will continue through the winter. The weather patterns are on track to be the strongest since 1997, NOAA said in its winter forecast.

"At this point, we are fairly certain that El Niño will remain on the current trajectory, and we will see one of the top three strongest events on record since 1950," said Ben McMahan, research, outreach and assessment specialist for climate assessment for the southwest, in an email following the forecast.

Recent Arizona weather likely can be tied to El Niño, according to McMahan.

El Niño events are unpredictable but generally bring above average precipitation to the Southwest, McMahan said.

"Going forward, the forecast does favor wetter-than-average conditions all the way into the spring, with the January - March season the most likely three month period to be wetter than average," Mike Halpert, Deputy Director for the Climate Prediction Center, said in an email.

Although precipitation is historically higher than average with a strong El Niño, encountering rain everyday should not be expected.