Letter: I ain't afraid of no ghosts 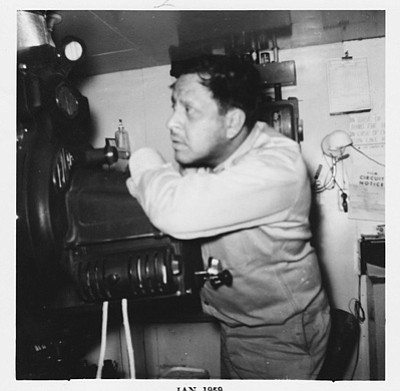 After reading the Williams News last week, about the article with Mrs. Bruening, about ghosts in Williams and especially the Sultana Theater and other places.

The rest of the story: I have lived in Williams since 1934 - I am not a newcomer. I spent half my life in the Sultana Theater. I started working for Harry L. Nace Co. at a young age in the late 40s. He owned all the theaters from Phoenix and northern Arizona. I started as a janitor and later I learned to run all the projectors running the movies. Later in life I became a manager and much later, in the 70s, I bought the theater. In 1973 I went broke and sold it.

Back to the ghosts: I swept the place sometimes late at night or early in the morning when I went to school. Later, I would do the paper work in my office after closing hours, after midnight, spooky time! I would go next door to the famous Sultana Bar and have a few drinks. At that time, I never saw any ghosts in the theater. Of course, after a few drinks, I did see a few pink elephants when I ran the midnight movies for Halloween. In fact, I have a picture of a ghost running the projectors in the booth. I will include it with this article.

To end my letter: in the late 40s, the chief of police was killed at the famous Sultana Bar, and he was not shot by a ghost. Oh, a real ghost: I found a little boy sleeping in the front of the stage one night. The parents forgot to pick him up after the movies were over. I was a good baby sitter, running a theater.

If you want to get your kicks on Route 66, talk to Perico.