Man dies after falling 400 feet over rim at Grand Canyon 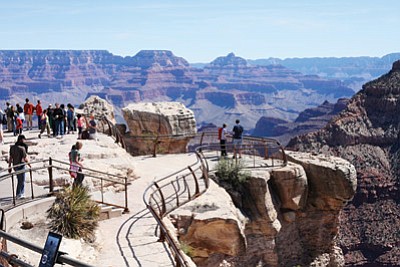 The fall has been ruled accidental, however the incident is still under investigation.

At approximately 4:20 p.m. the Grand Canyon Regional Communications Center received a report that Carreras-Soto had fallen from the edge of the rim trail east of Mather Point.

Park Rangers, a Technical Search and Rescue team and the park helicopter immediately responded to the call.

After hasty searches over the edge, ground crews were unable to locate the individual. The park helicopter spotted Carreras-Soto approximately 400 feet below the rim.

Due to terrain, time of day and safety concerns, recovery operations were suspended for the day and resumed in the morning.

On May 1, the park helicopter recovered Carreras-Soto's body using a short haul operation.

The National Park Service, in coordination with the Coconino County Medical Examiner, is currently conducting an investigation into the incident.