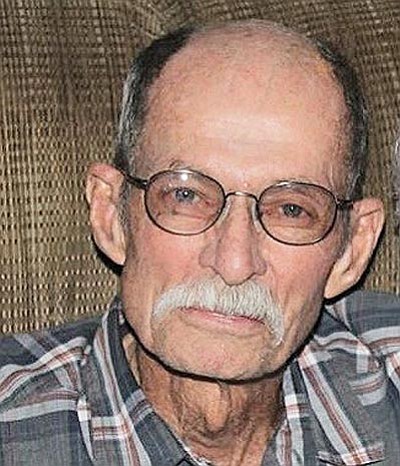 Lewis Dale Hume, third generation and lifelong resident of Ash Fork, Arizona, passed away from his battle with cancer on Sunday, March 1, 2015, at his home in Ash Fork surrounded by family and friends.

Born from true pioneering stock on July 22, 1932 at the family home site (Second Street in Ash Fork) to Anna (Lewis) and Roy Hume. Raised with his brother, Robert and sisters: Diana, Patricia, Norma and Katherine, he endured tough times in his youth: WWII, The Great Depression, a single mother home, and a serious car accident at age 15 were all events that greatly shaped his life.

On July 4, 1953 he married his wonderful wife, Fayrene (Martin). The couple started their new life together, along with Lewis' mother, and embarked on life's great journey. Having as many children as the Lord would allow, the family was complete with their three sons Roy, Lewis and Kurt. An avid hunter, outdoorsman, historian and storyteller, Lewis found great joy in sharing his outdoor experiences with all those whom he loved.

Lewis is survived by Fay, his three sons: Roy T. (Rosemary), Lewis E. (Lois) and Kurt B. (Amanda); his grandchildren (Carlos, Deanna (J.D.), Kayla and Lauren), great-grandchildren (Anthony, Betty and Millie), and his brother Bob. He was preceded in death by his mother, father and sisters.

In lieu of flowers, Lewis requested donations be made to Northland Hospice, Sunshine Rescue Mission and Hope Cottage and Ash Fork Settler's Cemetery.