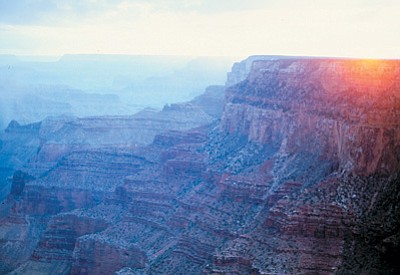 GRAND CANYON, Ariz. - At around 3:45 p.m. on June 18, hikers reported to a park ranger near Indian Garden that a member of their party needed help.

The park ranger responded down the Bright Angel Trail to a location known as the Devil's Corkscrew. When the ranger arrived, more members of the party said they had attempted resuscitation efforts, but the victim had not had a pulse for about two hours.

The hiker, a 36-year-old male from Japan, was on his way back up the Bright Angel Trail after hiking to the Colorado River. The temperature on the trail at that time was in excess of 110 degrees and the National Weather Service had issued an excessive heat warning for Grand Canyon National Park.

The National Park Service in coordination with the Coconino County Medical Examiner is investigating the incident. No additional information is available at this time.