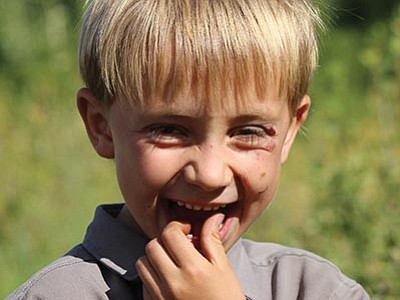 JACOB LAKE, Ariz. - The search for a 5-year-old Arizona boy who went missing from a campsite north of the Grand Canyon has ended with searchers finding the boy's body.

On the search's fifth day, volunteers continued to comb through thick vegetation under heavy rain looking for any sign of the child.

"Investigators are en route to the scene where Jerold Joseph Williams has been found deceased. Jerold is the 5 year old whom searchers have been looking for over the past several days.

"We have no further details at this time," the Sheriff's Office stated on social media sites.

An estimated 200 people had participated in the search for Jerald, who wandered off from the campsite while chasing grasshoppers, the AP reported. He was with a group of about 20 people about 12 miles south of Jacob Lake in the Kaibab National Forest.

The boy and his family are from Colorado City.

The search was aided by military helicopters equipped with night vision equipment, ground crews with dogs and ATVs, and numerous volunteers from Williams' hometown.

No signs of an abduction or foul play have surfaced, officials said.