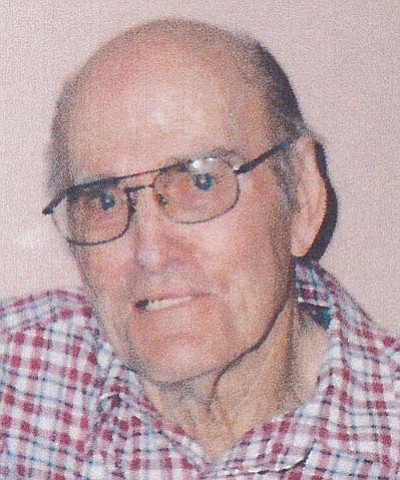 Gilmer "Bud" Edward Godbold, 90, native Arizonian, passed away on Aug. 13, 2014. Born Jan. 14, 1924, he was raised in Tempe where he worked the family farm that covered many acres south of downtown Tempe.

A Navy veteran, Bud was a landing boat pilot in the PTO in WWII. After the war he met and married Lorraine Wilson and settled in Phoenix where he went to work for "Ma Bell." After 36 years he retired to Williams where he enjoyed his home in "The Woods" and the new friends that he made. Bud then made his final move to Cottonwood.

Bud loved hunting, fishing and all things outdoors. He was a very active volunteer with Boy Scouts and BellCo Rod & Gun Club. And Bud always knew the best coffee shops in any given area.