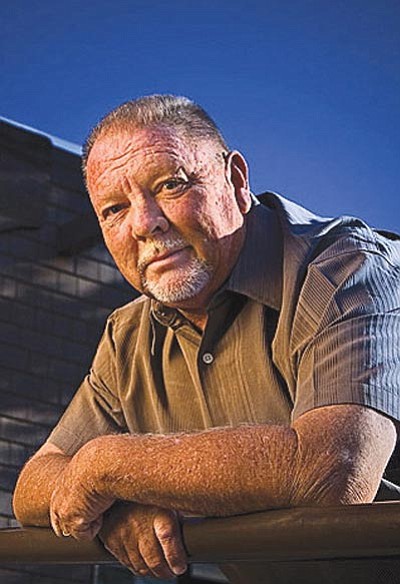 Cornelius Michael "Mike" Verkamp, 72, a sculptor in stone, storyteller and member of a pioneer northern Arizona family, died at his home in Bullhead City, Arizona, February 27, 2014 after a short illness.

Born in Grand Canyon on Feb. 5, 1942, Verkamp was an outstanding student and all star athlete at Grand Canyon High School. He earned a degree in Fine Arts from University of Arizona in 1966.

Before joining the U.S. Navy, where he served two tours in Vietnam with the "Seabees" unit NMCB-74, he married Evelyn Stanley on Feb. 2, 1967. They had one son, Michael Kenyon "Kenny."

After his wartime service, Mike managed Verkamp's Curios on the South Rim of the Grand Canyon for 25 years. During his tenure as manager, Mike orchestrated a renovation of the store and upstairs residence, leading to its designation on the National Resister of Historic Structures.

Mike was a beloved member of the Grand Canyon community and devoted family man. He and his wife Evie were married for 47 years. After their son Kenny died in 1995, they raised their two grandsons Mike, 23 and Joshua, 21. Mike served on the local school board for eight years, a period marked by significant expansion and improvements to the school's facilities.

No services are scheduled, but the family may hold a celebration of his life at Grand Canyon Village this summer.