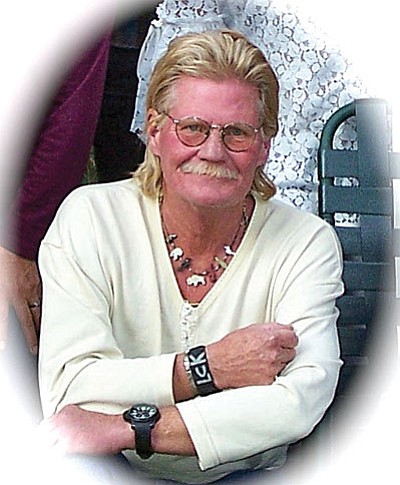 John J. Jr. "Johnny" Moran, 61, longtime resident of Tusayan, Arizona, passed away on June 8, 2014. Johnny, our beloved brother, passed away peacefully at the home of his brother following an extended illness. Johnny will be remembered by all who knew him as a caring and giving person. He read and wrote extensively, was an avid baseball fan, enjoyed hunting with his brothers, and treasured the solitude of his ranch known as "Tara Linda" that he shared with the love of his life, the late Linda C. Knutson.

Johnny was a great student and a gifted athlete who played point guard on the A.I. DuPont High School boys' varsity basketball team in Wilmington, Delaware, where he graduated in 1971. Johnny went on to study at Marquette University where he majored in broadcast journalism.

Johnny moved with his family to Phoenix in 1973. He relocated to Tusayan in 1990 and worked in the Grand Canyon area for many years. It was there that he met the love of his life and longtime partner Linda C. Knutson. John and Linda were an inseparable couple for over 20 years. They lived together at "Tara Linda" with their cats, Keesa and Callie.

Johnny was a gentle and loving person who reached out and helped family and strangers alike and never expected anything in return. He enjoyed cigars and poker night with the boys. He had a photographic memory for statistics and absorbed books about adventure, history and biographies in a matter of days. His humor brought to mind the legendary comedians, Jonathan Winters and George Carlin, whom he much admired. He could perform lengthy routines from his comedy repertoire from memory. He loved watching baseball, especially the Boston Red Sox and Arizona Diamondbacks, and listening to the silky voice of Vince Scully of the L.A. Dodgers on the radio. Johnny loved fishing and hunting. For over three decades Johnny and his brothers hunted in the areas around Flagstaff and the Blue Wilderness area of eastern Arizona.

Johnny took great pride in his family, and never missed an anniversary or birthday. Johnny's love for and his dedication to his mother and his entire family were forged by the challenges, achievements, disappointments and joys that he shared with his siblings. By Johnny's request no public services will be held. Memories or condolences may be sent to his sister, Mary Jo Cully at maebelle48@yahoo.com.