Man recovered from Colorado River identified
Victor Tseng was last seen below Havasu Rapids, River Mile 157, after falling from a ledge into the river 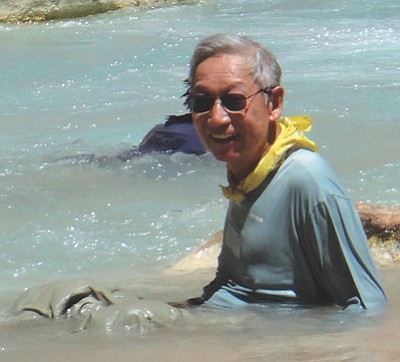 GRAND CANYON, Ariz. - The body of a man recovered from the Colorado River in the Grand Canyon National Park has been identified as that of Victor Tseng.

Tseng was last seen below Havasu Rapids, River Mile 157, after falling from a ledge into the river on June 27.

Rangers used the park's helicopter and boat to search the river corridor and area trails for two days after Tseng was reported missing. With no additional clues to guide search efforts on land, the search was eventually scaled back to a continuous, but limited mode in which rangers and pilots continued to search for clues when in the area.

On July 4, a commercial river trip reported finding a man's body in the river at approximately River Mile 182. Park rangers responded and recovered the body, which was transported to the rim by helicopter and transferred to the Coconino County Medical Examiner.

The Medical Examiner's Office confirmed the body was that of 68-year old Tseng from Phoenix, Arizona.

No additional information is available at this time.