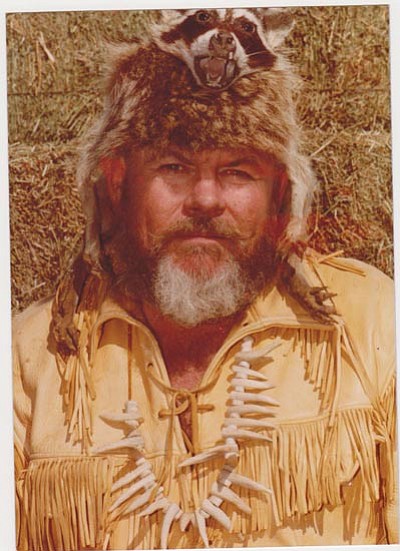 Bales was born on August 5, 1940 in Blythe, Calif. to Walter and Bertha Bales of Quartzsite, Ariz.

Bales was a husband, father and grandfather and a resident of Chino Valley since 1986.

He worked for APS in the cabinet shop in Phoenix and ran a Cat up on the rim doing snow removal for utilities and sometimes was recruited by the Forest Service to cut fire lines. He worked on the transmission towers near Kingman, Ariz. He was a framer and superintendent and worked for many contractors around Arizona, including the Navajo Housing Development in Tuba City. He worked for Brown and Root when they built the ball mill at the Bagdad Cyprus Mine. Then later he became an employee at the mine, driving Wabco Trucks, diamond drills, spotting and served as town site superintendent volunteer fireman. After the shutdown, he got his contractor's license and did many structures and remodel and repairs in Hillside, Prescott and Chino Valley. He always said he was born 100 years too late and loved the "Jeremiah Johnson" movie.

Bales joined the Bill Williams Mountain Men of Williams, Ariz. in 1974, becoming a lifetime member. He was president, vice-president, rodeo chairman, board member and secretary. He rode in two inaugural parades, Ronald Reagan's and Bill Clinton's.

There will be a memorial service on February 15 at 1 p.m. at Word of Life Assembly of God in Chino Valley, 590 West Road 1 North, Chino Valley, Ariz. 86323. Fellowship and food following. Pastor Galen Neshem of Hillside Bible Church will officiate.