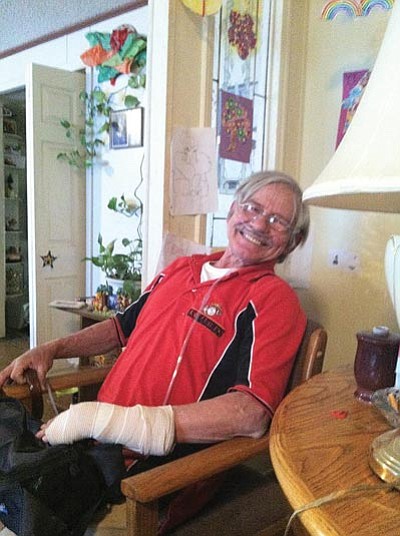 He joined the Marines in 1967 at the young age of 17 and served for six years and earned a National Defense Service Medal and a Letter of Appreciation.

Joe was an electrician by trade and worked for various companies. The most memorable were Santas Workshop North Pole Colorado, San Gabriel Valley Mission in California and the grand Canyon schools in Arizona.

He is survived by his daughters Jessie John (Ray Martinez) and Stephanie Lott (Richard Lott), four grandsons Damion, Gabral, Josh and Mike and two granddaughters Ricquie and Clara, numerous nephews that he loved dearly and a huge family that he was very close to.

He will always be in our hearts and memories.

I love you daddy.

Visitation will be at Norval Owens Mortuary on Friday, Aug. 15 from 6-8 p.m. A graveside service takes place at the Williams Cemetery on Saturday Aug. 16 at 10 a.m.

Arrangements are under the direction of Norval Owens.