From A to D: Arizona Department of Education releases area school ratings
Williams Elementary-Middle School drops to D rating, Heritage Elementary School gets a B 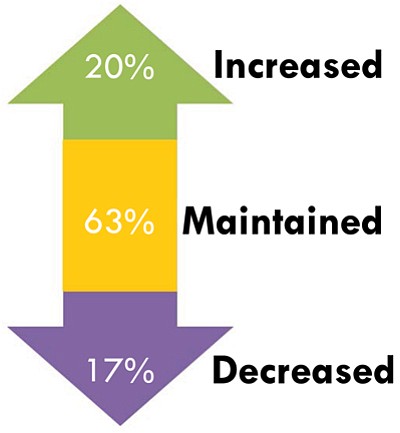 WILLIAMS, Ariz. - For the 2014 school year, the Arizona Department of Education (ADE) gave five area schools A and B ratings and four area schools C and D ratings.

The ADE released its A-F letter grades and Arizona's Instrument to Measure Standards (AIMS) scores for 2014 on Monday. The State Board of Education adopted the A-F Letter Grade accountability system in June 2011. According to the ADE's website, the grades "are designed to place equal value on current year achievement and longitudinal academic growth, specifically the growth of all students as well as a school's lowest achieving students."

"A single letter grade is just a snapshot," he said. "It's important, but it's really more important because the state says it's important. There's a lot more to what goes into education and a school than simply one letter grade."

After tying for ninth place last year, Ash Fork Joint Unified School District moved up to the number one ranked district in the state for 2014.

The ADE uses a formula with different point values to determine a school's letter grade. The formula takes into account the growth of all students, the growth of the lowest performing 25 percent of students, the percentage of students that pass the AIMS test, the percentage of English Language Learners that are reclassified, the graduation rate in high schools and the reduction of falls far below students in grades K-8.

Out of 200 points possible, Ash Fork received the most points in the state at 165. The second ranked district, Higley Unified School District, earned 159 points.

Superintendent Seth Staples said in the past year, the district has focused on solidifying teacher evaluations to improve instruction. In addition, staff has emphasized tracking student growth using its Beyond Textbooks curriculum map.

"We use that to identify which students are not understanding the standard, and then we can re-teach and then reassess them until they reach mastery," he said. "And then the students that do achieve mastery, we can what we call enrich and build on top of that, so they can actually exceed the standard."

Finally, the district has built on its intervention program in the elementary school. In this program, students who haven't mastered certain standards stay after school from 2:45 to 4 p.m. to work in small groups with their teacher.

Staples emphasized that the programs were only part of the equation.

"Programs are great, they're definitely beneficial, but it's really having the right people that really makes the difference, and we have great staff here," he said. "And we still have tons of room for growth, and so we're really excited for what the future has."

Administrator Javier Abrego said the new administration has already set some goals for the coming year.

"We have an A school," he said. "Our goal is going to be to see if we can elevate the elementary school to an A within one year. We're going to strive to do better."

To improve math scores in grades 3-8, the school will implement a Daily Math Skills block through the Beyond Textbooks curriculum map. This program will add 30 minutes of math practice for students every day, on top of their regular math instruction.

"It reinforces their math skills," he said. "For example in first grade it would be addition, and the students just go at their own pace. Even if you're a first grader you might be able to do all these lessons and continue to move on and maybe even do some second grade lessons."

Also, the district hopes to increase rigor by offering dual enrollment classes, in which students can earn high school and college credit for certain classes.

"One of the reasons I feel that we have maintained the letter grade we have is because we continue to hold our students to high expectations and we're also collaborative with parents to involve them in their students' success," Thies said.

Another possible reason for the B letter grade is that Heritage maintains small student to staff ratios, which Thies said allows for students to receive additional help when they need it.

"Our goal every year is to improve on both percent passing and on student growth, which counts for half of your Arizona letter grade," Thies said. "So we're constantly trying to improve students, even though we don't necessarily get them to meet or exceed, we definitely want them to do better than they were the year before."

For the third time in the last four years, Maine Consolidated School earned an A rating.

"If I knew exactly what it was and I could put it in a bottle I'd go on the road and retire," Williams said about the rating. "That's one of the challenges. Every district is unique. Part of it is figuring out the needs of your students and the strengths of your students and staff and how to capitalize that so everyone is successful."

Williams credited two programs with increasing his students' scores. The first is called Response to Intervention, or RTI.

The second program was Intel Math, sponsored by the computer company.

"It's based on the premise to teach math you have to know math," Williams said. "So the first year you simply go through math, understanding basic concepts, and then year two is how you apply them in the classroom."

In the coming school year, Williams said he hopes to focus on writing.

"To say the least, it is disappointing in the areas that we are still not seeing big gains, but at the same time we want to recognize the success that we are having in those certain areas," she said.

"I stand firm when I say that this district has the potential to be an A district, but I do know that change takes a long time," she said.

In the coming year, Savage hopes the Beyond Textbooks curriculum calendar, the Galileo benchmark assessment and the Capturing Kids' Hearts training that focuses on relationships, will help the district move in the right direction.

"I believe that the teachers are going to use (the AIMS scores and school letter grades) as a really strong motivator and I believe that using the tools and resources that we have put in place that this will be our year to see some success and get closer to where we want to be as a district," she said.