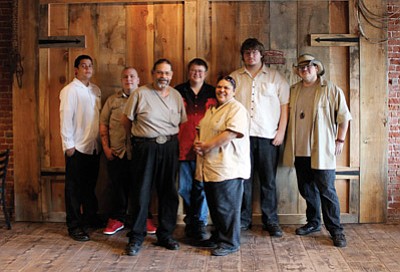 People can find sandwiches and more at Saddlebag Sandwich Shop on Route 66.

Dan and Linda Whitley and Donna Hoy own the shop, which opened Aug. 1.

Dan Whitley said his wife Linda came up with the idea for the restaurant.

"She liked the sandwiches over at the Brown Bag, and because it closed she just thought, hey it would be neat to have a sandwich shop," he said.

Before opening, the owners of the restaurant remodeled the interior of the building, which took about seven months.

"We tried to leave some of the old stuff here and kind of decorate around it," Whitley said. "The brick is original, the rafters are original."

Saddlebag Sandwich Shop will celebrate its grand opening along with a ribbon cutting on Sept. 11 at 4:15 p.m.