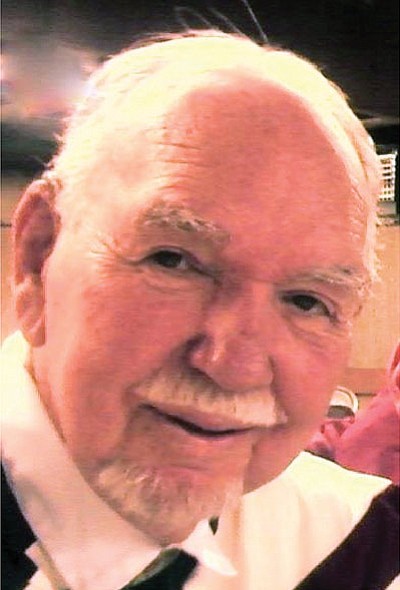 William Eugene "Bill" Lockwood, 76, after battling a lengthy illness, passed away peacefully at his home in the early hours of Nov. 9, 2013.

Bill was born in Flagstaff, Ariz. on July 26, 1937 to Eugene Lockwood and Irene Etheridge Lockwood. He graduated from Cottonwood High School in 1956.

After serving our country for 20 years, Bill retired with a rank of MTC\SS. He settled his family in Houston, Texas and worked as an electrical inspector at Powell Electric until 1986 when he decided to return to his childhood roots in Williams, Ariz.

Bill then went to work driving a tour bus at his beloved Grand Canyon as well as serving with the Arizona Rangers from 2001-2007.

Bill was a down to earth man who loved his service to his country, his family, his state, his electrical career, his sports teams, and his pets. He especially enjoyed hunting, fishing, and being outdoors. Bill was an expert hunting guide for many years. Rare was the unsuccessful hunt. Bill will be sorely missed by his friends, family and anyone who knew him.

A 10:00 a.m. to noon memorial will take place at Canyon Chapel, 720 W. Sheridan Ave. in Williams on Saturday, Nov. 23. A graveside service will take place at 1:00 p.m. at Mountain View Cemetery in Williams. Friends and family are invited to Williams American Legion Cordova Post 13, 425 W. Grant Ave. for lunch and fellowship after the service.