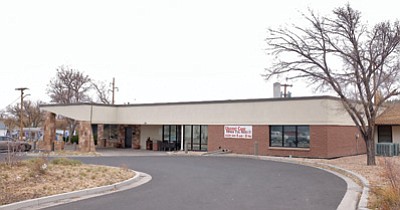 Out of 954 voters, 56 percent approved the secondary property tax to support operations at North Country HealthCare's Williams Clinic while 44 percent voted against the measure.

"I was very pleased by the vote, but I was a little surprised that it was so close," said Jeff Axtell, Williams Clinic manager. He added that the vote usually passes by a 5-1 ratio.

The secondary property tax will provide about $1 million annually to the Williams Clinic.

"This money then goes to help subsidize the clinic and keep the level of services that we're providing continuing," Axtell said. The money helps pay for extended urgent care and physical therapy hours, among other things.

"We're very thankful to the voters of the district for approving it and keeping us going," Axtell said.

Of the 16,944 ballots cast, 45 percent of voters favored the CCC budged override while 55 percent opposed it.

The seven-year override would have generated about $4.5 million per year from property taxes.

Based on the average home value in Coconino County of $170,000, residents would have paid an additional $4.20 per month or about $50 per year in property taxes had the override passed.

"The community has spoken through this vote and the College will now respond," CCC President Leah Bornstein said in a press release. "Decisions will be made by the District Governing Board regarding the mission of the College that will allow us to stay in business. This will be one of the most difficult decisions the Board has made and the results will be painful to many throughout our County."

Prior to the election, CCC District Governing Board Member Jack Hadley said he was unsure of what would happen if the override did not pass, although he assumed it would cause additional cuts across the board.

Hadley said CCC is dipping into its reserve fund this year, which could last about 1 1/2 to 2 1/2 years. Once the reserve funds are gone, college officials will have to discuss potentially losing some of their programs since the override did not pass.

CCC has never had an override in place. The college asked for one in 2006, but the voters did not approve it.

In the last seven years, state aid to CCC has decreased by $15 million. CCC's property tax rate has also stayed about the same since 1991 while enrollment has grown. The current tax rate is the lowest of all the community colleges in the state, at about $0.36 for every $100 of property value.

To cope with these dwindling funding sources, CCC has had to raise tuition every year in the past few years. Tuition at CCC has increased 89 percent since 2007, and is now at $2,760-the highest of any community college in the state.