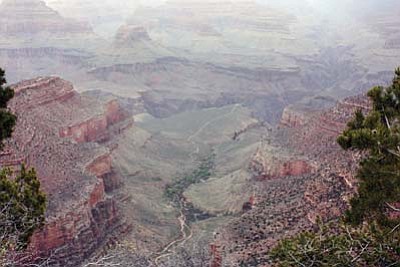 According to multiple witnesses, Hagins was riding in a line of horses led by a hired guide. The victim and the horse he was riding were second in line behind the guide with the victim's wife and his five-year-old child riding behind him on the third horse in line.

The group left Havasupai Village at about 9 a.m. on March 26 to ascend the trail to Hilltop. According to witnesses, the group road approximately a half mile and approached a section of the trail with a significant incline that veered to the left. As the Hagin's horse negotiated part of the trail, witness said it appeared to have slipped on a rock. The horse and rider fell about twelve feet into a dry creek bed. The horse landed on top of Hagins.