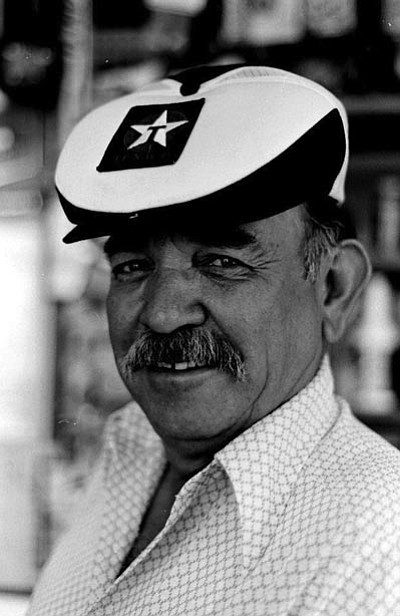 January 9, 1932 - March 2, 2013. Fred Walter Fernow (81) passed away peacefully at his residence in Ash Fork, Ariz. where his gentle affectionate nature, dignity and sense of humor were intact to the very end.

Fred was born and raised in Ash Fork and resided there his entire life. He graduated from Ash Fork High School and then joined the United States Navy. He served abroad in the Korean War on the U.S.S. Marshal DD-676 and the Gloucester PF-22. Fred received a letter from Kim Dae-jung, president of the Republic of Korea, thanking him for his noble contribution to the effort to safeguard the Republic of Korea. He also received the Korean War Service medal to commemorate the 50th anniversary of the Korean War.

After returning from the Service, Fred married Odessa Irene Mensi and began his new family. He worked for Whitey Webster loading railroad cars with flagstone, AT&SF Railway, Alfred M Lewis, Inc and was self-employed as a Texaco owner until his retirement.

Fred had five children, Kathy, Lynn, Fritz, Kristie and Karla and was deeply devoted to his family and friends, nicknamed "Friendly Fred." He was Fire Chief of the Ash Fork Volunteer Fire Department and the best storyteller of his lifetime experiences.

He was crowned "King of Ash Fork" in 1982 at the Centennial Celebration. He approached life with a "live and let live" philosophy. He was kind, affectionate and generous and had a great sense of humor. He was a member of the Veterans of Foreign Wars (VFW), the American Legion and the Elks Lodge.