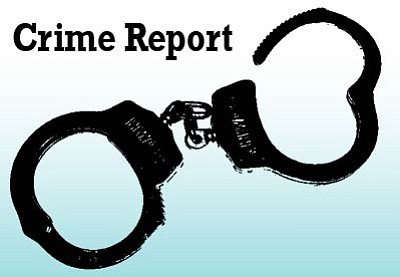 A 73-year-old man is in critical condition after he was shot in the chest on July 7 in Parks, Ariz. which is located along Interstate Highway 40 between Bellemont and Williams. Coconino County Sheriff's deputies and detectives are investigating the shooting as a domestic violence incident.

According to the man's 29-year-old wife, she and her husband spent time in a local bar that night and drank a large amount of alcohol. The wife said that when the two returned home, they started to argue and her husband decided to spend the night in his jeep.

According to the woman, her husband came back in the house sometime in the night and the two continued arguing. The wife said that her husband put his hands around her neck and started choking her. At some point during the argument, the husband was shot once in the chest from close range with a 22-caliber handgun.

Because of the husband's medical condition, detectives have not yet interviewed him.

Detectives are continuing this investigation to determine who got out the gun and who was holding the weapon at the time of the shooting. Deputies have not arrested anyone at this point. The Sheriff's Office is withholding the names of the two people involved while the investigation continues.