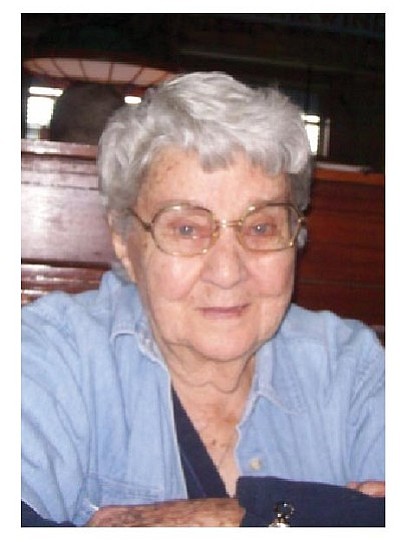 Mary Cleona "Toney" Estus was born January 8, 1925 in Olathe, Colorado. She spent her childhood in the same town until she married. While singing "White Christmas" at her high school graduation, a talent scout was in the audience and offered her a contract. She chose not to accept the contract and soon afterwards married the love of her life.

At 71 years old, she became a mother again when she and Spence were given temporary custody of their twin great grandsons. She was their mother figure for about the first 10 years of their life. The twins kept her young and going strong and were the apple of her eye.

Cleona was strong in her faith, a true and loyal friend and anyone who knew her fell in love with her. She will truly be missed by all who knew her. She was a loving wife to her husband and a loving mother and grandmother. In lieu of flowers, Cleona wished donations be made in her name to either the American Cancer Society or the Hospice Family Care of Prescott in Prescott, Ariz. Cleona left this earthly world to be with her Lord January 16, 2013.

A memorial service will be held in the future. The family wishes to extend heartfelt thanks for all the prayers, love, support, cards, flowers and visits received. They are very much appreciated. Thank you.