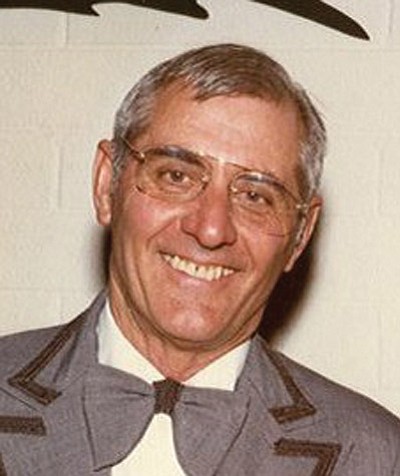 William "Bill" Kenneth Nard passed away early on the morning of Sunday, February 3, 2013, in Gilbert, Ariz. with his daughter by his side. He was 88.

A rare Arizona native, Bill was born on July 13, 1924, to Jefferson and Lois (neé Parker) in Phoenix. He grew up in Tolleson before the family moved to Seligman where he attended and graduated from high school. Bill enlisted with the United States Army and served his country in Korea with the 108th Infantry until his honorable discharge in 1946. In his youth, his favorite past time was participating in small rodeos, steer wrestling and occasionally roping. In 1948, he married Lil Nard (neé Murphy) and together raised two daughters.

As a longtime resident of northern Arizona, Bill owned and operated several service/gas stations in both Flagstaff and Williams before finally retiring and settling in Williams.

Bill was an avid outdoor sportsman, regularly partaking in fishing and hunting. He was also fond of billiards, playing often on his home table and winning several local tournaments at the Bill Williams Senior Center.

Bill was affectionately known as "Bobo" to his granddaughters, always greeting his girls with a wink and a smile. He was a consistent face in the crowd at their sporting events and school activities, cheering them on.

Bill was preceded in death by both parents, and his brothers Jefferson and Donald Nard. He is survived by Lil, his two daughters: Cindy (Craig) Christman and Suzy Nard; three granddaughters; four great-granddaughters; and many extended family members and friends.

A private memorial service will be held. In lieu of flowers, the family graciously requests donations to be made in Bill's memory to: Bill Williams Senior Center, 850 West Grant Ave. Williams, AZ 86046.