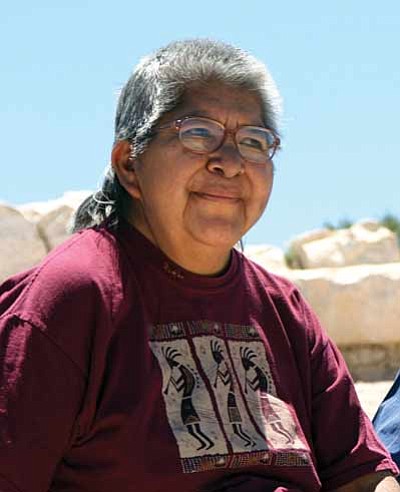 Rebecca Ann Watahomigie, 60, of Grand Canyon, Ariz, joined her beloved daughter MistyBlue Josephine in the spirit world on Tuesday evening, Jan. 29, 2013. She was born on March 12, 1952 in Arizona.

Watahomigie was a lifelong resident of the Grand Canyon Village. She graduated from Grand Canyon High School in 1970 and worked for Xanterra-Fred Harvey at the Grand Canyon for over 38 years. An avid sports fan and enthusiastic world traveler, she enjoyed camping trips with her nieces and visiting with relatives on the Havasupai Reservation. Watahomigie especially enjoyed being a mother. Her heart was broken when her precious MistyBlue left this world in 2007.

A traditional Havasupai wake was held 6 p.m., on Feb. 2, 2013 at the Community Building, Grand Canyon, Ariz.