Music Fest returns to the Canyon 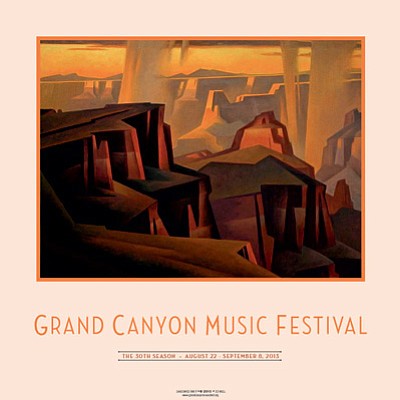 GRAND CANYON, Ariz. - The Grand Canyon Music Festival is back in town, and this year promises to be bigger and better than ever.

This year marks the festival's 30th anniversary season. Harmonica virtuoso Robert Bonfiglio will open the festival along with jazz violinist Joe Deninzon and guitarist Steve Benson tomorrow at 7:30 p.m. at the Shrine of Ages.

"The same musicians, but there will be a lot of new music, a lot of different music," event organizer Clare Hoffman said.

First on the schedule is the ever-popular School of Rock concert.

Deninzon and Benson will lead the program, which culminates with a student-led concert Friday at 5 p.m. in the Shrine of the Ages.

The music festival incorporated the School of Rock (SoR) into its educational programming in 2007. Grand Canyon School of Rock is a fast-paced, week-long education program developed with Grand Canyon Music Festival musicians that gives local high school students the opportunity to experience all aspects of band life. From intensive rehearsal and music theory sessions focusing on rock and pop music theory, techniques, and styles, to the culminating public performances, School of Rock students share in all aspects of band life, from musicianship, to hauling gear, set-up, promotion, sound and light board and support of band mates. The students compose their own music, and arrange and interpret standards from popular music genres. The program exposes them to new music, introduces them to music production, and develops their own performance skills as they learn the discipline of ensemble performance and participation. Students designed the logo and backdrop, created a web page, and intern on production. The program culminates in two public performances of classic rock & roll music.

"It's beautiful music, great people, a warm, intimate atmosphere and it's a fabulous way to end the day at the Grand Canyon," Hoffman said of the entire event. "The visual and spiritual inspiration that you get from the canyon is echoed in the music that we play."