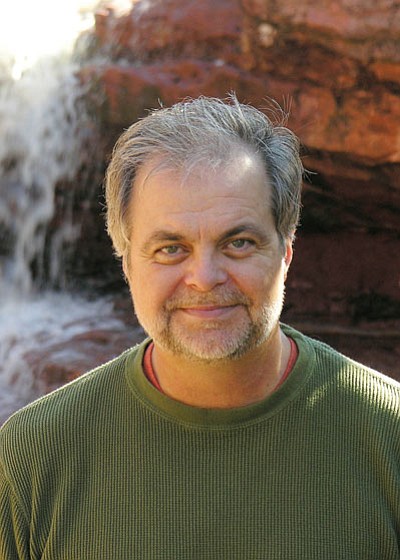 Williams residents can meet Naylor at a book signing Saturday from noon to 2 p.m. at the Williams Forest Service and Visitor Center, 200 Railroad Ave. The event is free, and copies of the book will be available for $11.95.

"Arizona Kicks on Route 66" reads like a Route 66 road trip, starting from the New Mexico border on the east end to the California border on the west end.

Throughout the more than 200 miles of Route 66 in Arizona, the road stretches through high plateaus, pine forests, plains and the Mohave Desert.

"Where else do you get that all on one road?" Naylor said.

Naylor called Route 66 "the final frontier of Arizona," since few people know about the historical significance of the road in this state.

"It's sort of that perfect mix of history and scenery that I just think is so wonderful about Arizona," he said.

Besides the scenery, the book also looks at the small towns along Route 66. Exploring these towns is one of Naylor's favorite parts about travel writing.

"I always liked to be on a two-lane road, stopping in a little diner somewhere that I don't know and finding a burger sizzling on the grill and a homemade pie," he said.

"Arizona Kicks on Route 66," which came out in April 2012, is Naylor's first book. It features photography by Larry Lindahl.

Naylor spent about four to five months writing the book.

Naylor, who is from Ohio, moved to Arizona to attend Northern Arizona University in Flagstaff.

"I came specifically because I wanted to come west ever since I was a little kid watching old Westerns on my black and white TV," he said. "I was just fascinated by the landscape that I would see, these big monoliths and cliffs and red rocks and big canyons and cactus."

He now lives in Cottonwood and loves the mountain and desert views.

Naylor has worked as a full-time travel writer for about seven years. He loves writing about the southwest, and specifically Arizona.

"It's sort of the best job in the world. They pay me to go hike and eat," he said.

Naylor's second book, "Death Valley: Crazy from the Heat," comes out in September. He is working on his third book called "Extreme Arizona."

More information is available at www.rogernaylor.com.