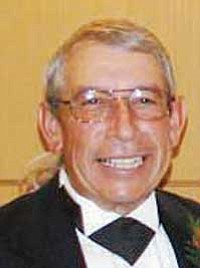 He is survived by his wife of 40 years, Jane Blair Garcia; and his four sisters and their families: Lucie Garcia and Stella (Lyle) Gilson of Chino Valley, Leonor Nelson of Cottonwood and Carmen (Richard) Daum of Phoenix.

His family was a source of great pride. Jim always felt fortunate to have met many people during his life who became lifelong friends and whom he considered extended family members.

Jim graduated from Prescott High School in 1966 and Yavapai College in 1977. After graduating from high school, he served in the U.S. Air Force, mostly in Thailand, during the Vietnam Conflict. After being honorably discharged in 1970, Jim returned to Prescott and began his career in the telephone industry, first working for Western Electric and finally with Century Link. His job entailed extensive travel throughout northern Arizona as a radio technician and any day might find him driving to the top of Mormon Mountain in the morning and ending his day on one of the many ranches that use radio telephone technology as their means of communication. On his greatest day, he would be flown by helicopter into the Grand Canyon and hike to one of the various communication sites to ensure uninterrupted service for the National Park Service and visitors alike.

In lieu of flowers, donations may be made in Jim's name to The Fisher House Foundation, 111 Rockville Pike, Suite 420, Rockville, MD 20850. This non-profit organization provides a "home away from home" for military families to be close to loved ones during hospitalization for an injury, illness or disease.