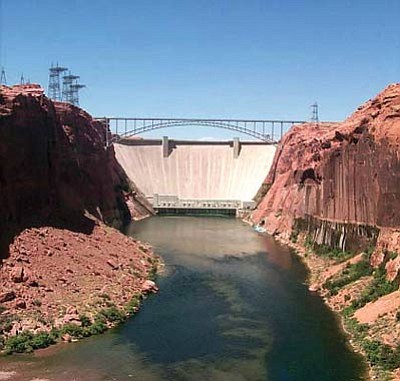 PHOENIX, Ariz. - The Arizona Department of Environmental Quality (ADEQ), in association with other environmental, health and wildlife agencies for both Arizona and Utah, has issued a fish consumption advisory recommending that people limit consumption of striped bass caught in the southern portion of Lake Powell, from Dangling Rope Marina in Utah to Glen Canyon Dam in Arizona.

Since 2005, the state of Utah has collected and analyzed tissue samples from fish caught from Lake Powell for elevated levels of mercury. The advisory recommends that members of the public limit their consumption of striped bass as follows:

• Pregnant women and children under six years of age should limit their consumption of striped bass to one 4-ounce meal per month.

• Women of childbearing age and children between six to 16 years of age should limit their consumption of striped bass to two 8-ounce meals per month.

• Adult women past childbearing age and men older than 16 years of age should limit their consumption of striped bass to eight 8-ounce meals per month.

The advisory does not limit the consumption of other fish species taken from Lake Powell or the use of the lake for swimming, boating or other recreational uses or as a drinking water source.

Any health risks associated with eating fish from the fish advisory areas are based on long-term consumption rates and are not tied to eating fish occasionally.

"Consuming fish that contain mercury is the most common method of human exposure to mercury," said ADEQ Director

Henry Darwin. "While we continue to work to reduce mercury pollution in Arizona's bodies of water, these fish consumption advisories are an important part of our effort to protect public health."

Mercury is a naturally occurring element that can be transformed into methylmercury, a toxic form found in some natural waters. Those most vulnerable to the effects of mercury toxicity include women who are pregnant or may become pregnant, nursing mothers and young children. Chronic exposure to low concentrations of methylmercury in fish may result in neurological effects in the developing fetus and children.

ADEQ officials are continuing to work with the state of Utah to identify the sources of mercury. The advisory will remain in effect until further notice.