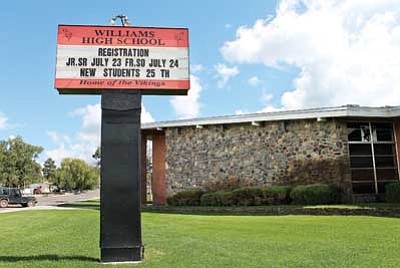 According to information from the Williams Police Department, the students were going in and out of the closet and White, a 17-year employee with the school district, told them to stop. When they would not come out, White locked the students in the closet for the remainder of the period.

Immediately following the incident, the board placed White on paid administrative leave.

Police Chief Herman Nixon, also a school board member, recused himself when the Board considered disciplinary action. The four remaining school board members, initially deadlocked over whether to fire White, agreed to a settlement during executive session. White will be suspended without pay for a total of 19 days and will return to work in January.

After the executive session, School Board President Kristi Fredrickson said that she felt the punishment was appropriate.