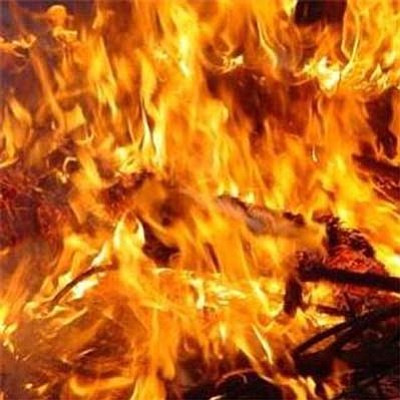 WILLIAMS, Ariz. - The Grand Fire, that burned on both the Kaibab National Forest and in Grand Canyon National Park, experienced no growth June 15 and remains at about 480 acres in size.

Containment as of the end of last week was at 90 percent. Full containment of the fire was expected this week; and fire managers have started to release firefighters back to their home units. Approximately 60 firefighters will continue patrolling for hot spots, assessing and removing hazard trees along roads, and mopping up. Remaining resources will include two crews and four engines.

"A rapid, coordinated response from both and US Forest Service and National Park Service personnel was key to containing the fire quickly," said Nick Larson, Tusayan District Ranger.

The Grand Fire, which started on June 12, is located eight miles east of Tusayan, Arizona and 11 miles southeast of Grand Canyon Village, in the vicinity of the Grandview Lookout Tower and the Arizona Trail. Fuels include ponderosa pine, grass and some pinyon pine.

Officials continue to advise the public to avoid the fire area around Grandview Lookout Tower in order to avoid hazards and ensure the safety of firefighters working on the incident. Hazards in the area include burned trees that may fall across forest roads or trails. As a safety precaution, Arizona Trail users need to be prepared to detour off the trail between Forest Road 303 at Watson Tank and the junction of Forest Roads 301 and 310 near Lockett Lake until further notice. All roads and trails in Grand Canyon National Park are open.

Visitors may see fire equipment and personnel in the area. Drivers are asked to continue to use caution in the vicinity of the fire.

The cause of the fire remains under investigation.