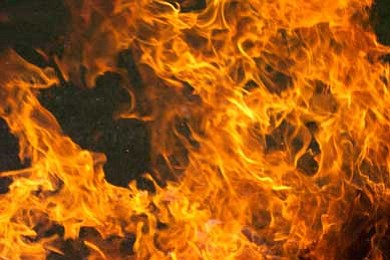 FREDONIA, Ariz. - Firefighters working with the Kaibab National Forest are suppressing eight fires on the west side of the Kaibab Plateau started by lightning during a thunderstorm around noon July 21. The fires are being managed collectively as the West Side Complex.

All fires are burning in mainly pinyon-juniper woodlands and cheatgrass. All fires are lightning-caused and all are being managed for suppression.

As of Monday, the largest fire in the complex, the Tank Fire, was about 50 percent contained and was estimated at 2,546 acres. The Tank Fire is located adjacent to Kanab Creek Wilderness near Little Spring Canyon.

Cost to date for the entire incident is about $150,000.Objectives for the complex include the protection of firefighter and public safety, and reducing the impacts to natural and cultural resources.

There are no communities or structures at risk at this time.