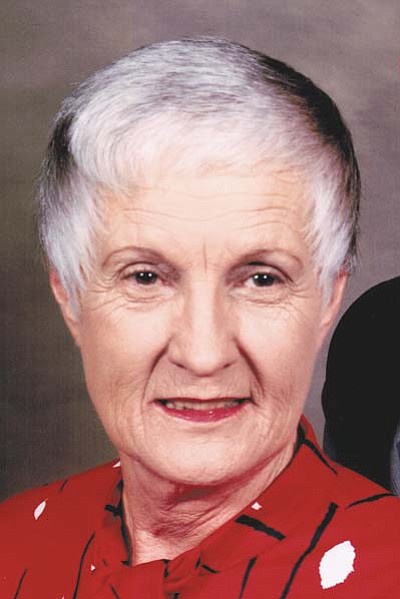 Madene grew up on a farm in West Texas with three brothers. It was in Ballinger that she met her husband Melvin and commenced what would become a marriage of 71 years. After leaving Texas, Madene and Melvin became very successful in the Williams motel business, which included the Westerner and the Travelodge motels. While in Williams, Madene loved playing bridge with the regular Wednesday ladies group at Rod's Steakhouse, golf at Elephant Rocks and deer hunting with her husband.

She is survived by her daughter Barbara Nelson (husband Dennis) along with her treasured grandchildren Pam Carlson (husband Scott) and Dee-Anna Nelson as well as her great-granddaughter Kaitlyn Carlson.

Madene will be remembered for her love of family, hunting, outstanding cooking and incredible work ethic. She will also be remembered through her beautiful creations in china painting and needle point.

A private service for immediate family was held on June 30 in Tucson, Ariz.