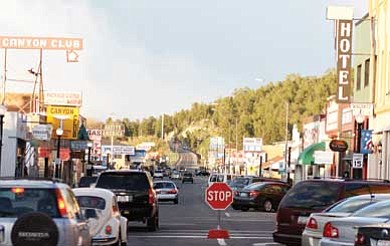 Last month, Gov. Jan Brewer announced a plan to boost Arizona's tourism promotion by $7 million. The funding, which will be part of the governor's state budget proposal for fiscal 2013, will enable the Arizona Office of Tourism to expand promotion of the state as a national and international destination and further build Arizona's brand for Southwestern hospitality.

Within the state, the funding will also allow the Office of Tourism to form new public/private partnerships in working to highlight travel destinations outside the Phoenix metro area. Working cooperatively, the state and its local partners can use these dollars to draw leisure and business travelers - generating jobs and lasting economic development across Arizona.

In 2010, nearly 37 million domestic and international overnight travelers visited Arizona, generating an estimated $17.7 billion in direct spending. On a daily basis, direct traveler spending contributes $48 million to the state economy, according to the Arizona Office of Tourism.

In 2010, Arizona had 152,000 tourism-related jobs directly tied to traveler spending. That number roughly doubles when taking into account indirect employment, such as retailers and restaurants that benefit from tourist spending. For each dollar the Arizona Office of Tourism spends on tourism promotion, the agency projects a roughly $8 return in terms of state and local tax revenues.

The $7 million boost to Arizona's tourism promotional budget is good news for us all. We must do all we can to promote Arizona as a premier travel destination, especially in Williams, which is a community relying heavily on tourism.