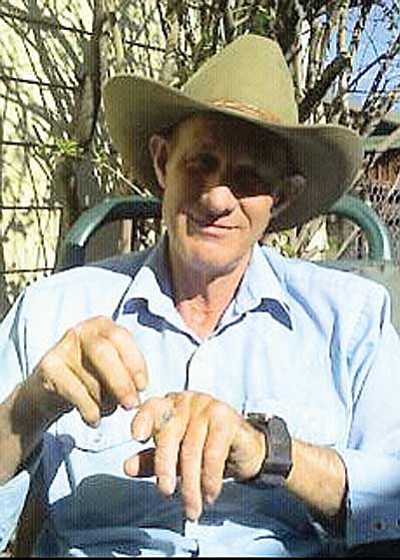 Rod Clover was born in Chanute, Kansas on January 28, 1954. He passed away on December 12, 2012 at 58 years of age. This obituary is written for his wife Karen Clover, his daughters Nariene Clover, Christina Richards and Tasha Clover, his grand kids Jasmine Suchy, Jermaine Suchy, Tessa Briehan, Evan Briehan, Nicole Harvey, Elissa Harvey, Clay Harvey, Tyria Harvey, Gabby Richards, Candice Clover-Martinez, Sandra Clover-Martinez, Arianna Morris, Amber Clover-Martinez and Logan Clover-Morris, for his brother Lee (Jaque) Clover and his sister Ramona Larrivee and for all of his friends and family that were not listed above. We will all miss him.

Rod was proceeded in death by his mother Ruth Clover, his brother Clifford McNaught, his sister Elaine Bailey and his sister Jerry Miller.

Rod lived in Kansas for 30 years of his life. He met his wife Karen in Casper, Wyoming and they were married in Harrod, Ohio on February 17, 1973.

Rod moved to Flagstaff, Ariz. on July 4, 1991 then to Williams, Ariz. on July 7, 1996. At one time, Rod and his wife opened Grannys' Place and helped people out with finding furniture and knick knacks that they needed.

People mostly remember Rod as the Cowboy that drove the Model A through Williams honking and waving at everyone he saw.

Rod was a good guy who loved fishing, art and working on trailers. He rode bulls when he was young, fought in the Vietnam War in the 1970's where he received a Purple Heart and was given an honorable discharge when he was shot in the left knee.

Rod was the family's "McGuiver" because he could fix anything and make it work like it was brand new.

We send a special thanks out to Bill McDavid, Milly Sparks and the anonymous person who donated money to the funeral home, and to everyone thinking of making donations to the family in lieu of flowers, to help out with the needs that will incur in the near future.

Services were held Dec. 17, 2012 at the Assembly of God Church in Williams, located at 100 Pinecrest Trail across from the Grand Canyon Railways RV Park.

Condolences and memories can be shared with his family at www.norvelowensmortuary.com.