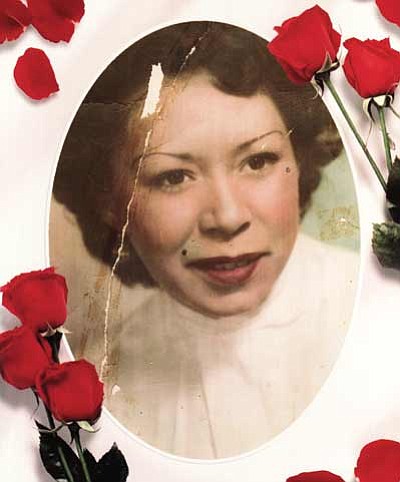 Ramona was born January 11, 1932 to Valentino and Amelia Sanchez of Flagstaff, Ariz. She was the tenth of 10 children.

She was an amazing gift that God had bestowed upon us. We were fortunate for her to have been part of our lives and no words can ever express how much we will miss her.

Services will be held on Friday, Dec. 21 at 11 a.m. at the St. Joseph Catholic Church. She will be laid to rest at the Williams Cemetery, reception will follow at the American Legion. The family is requesting in lieu of flowers for donations to be made to the American Legion Cordova Post No. 13.