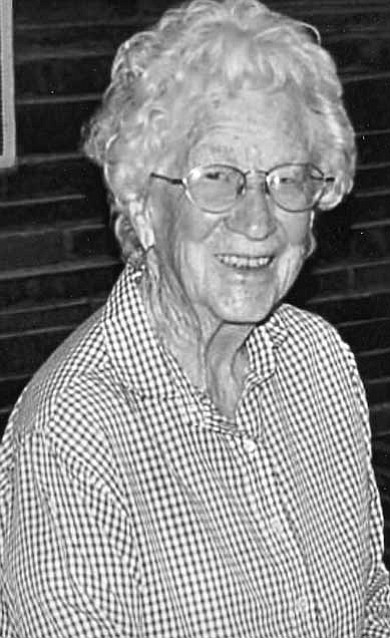 A life long Arizona resident, Helen spent her childhood in various communities and working ranches throughout the state. Helen graduated from Seligman High School in 1936. She attended Phoenix College and Northern Arizona Teachers College in Flagstaff, now known as NAU.

Helen married Edward Wells Pearson of Seligman and they made a permanent move to Williams in the early 1950s. Very active in the community, Helen was a member of Business and Professional Women, Hospital Auxiliary and Hospital Board, and Arizona Federation of Republican Women-volunteering for several notable campaigns. In addition, she also functioned as clerk for the Williams Justice Court for a number of years.

Helen was a noted journalist, having published articles in various newspapers and magazines such as The Arizona Republic, Western Horseman, Arizona Highways, the Ensign, and the Williams News.

Above all, Helen had a great capacity for service and compassion. She was always willing to be of help to friends, family, and neighbors. She spent many years serving in her church in many capacities, including president of the women's organization, the Relief Society.

Helen was a lively cowgirl. She will be remembered for her riding and dancing.

She is preceded in death by her husband and four of their children: Sandra, Paul, Bruce and Joann. She is survived by her sister Betty J. Dent, brother Frank 'Gene' Fuller, her son, Jim Pearson (Cheryl), and her daughter Norma Orozco, as well as 14 grandchildren, 34 great-grandchildren and 1 great-great-grandchild.

Services for Helen Pearson will be held Friday, Aug. 31, 2012 at The Church of Jesus Christ of Latter Day Saints chapel, 1111 Stockmens Rd. Viewing is scheduled for 10 a.m. followed by funeral service at 11 a.m.