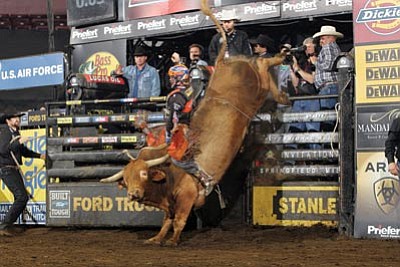 The Touring Pro Division (TPD) features established veterans and newcomers competing against some of the most famous bucking bulls in the world. The TPD gives riders the opportunity to compete in PBR-sanctioned events while earning money to qualify for the nationally-televised Built Ford Tough Series (BFTS), which is comprised of the top 40 bull riders in the world. Every five events on the BFTS, the top five riders (based on money earned) from the TPD are allowed to move into the BFTS.