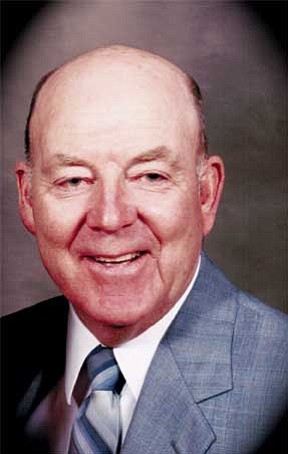 As a boy, Melvin enjoyed fishing and hunting with his prized 22-caliber rifle in farmlands of West Texas. As a you ng man he farmed and worked delivering gas as a Phillips 66 jobber. He later worked with his father at a Phillips 66 station in Ballinger and also operated heavy equipment to construct stock ponds for the local ranchers. It was in Ballinger that he met his wife Madene and commenced what would become a marriage

of 71 years. After leaving Texas, Melvin and Madene became very successful in the

Williams motel business, which included the Westerner and the Travelodge motels.

Melvin also served as a member of the Williams City Council.

He is survived by his wife, Madene; sister Glenda Tieman (husband Arthur); daughter

Melvin will be remembered for his love of family, hunting, fishing, checkers, incredible

work ethic, great sense of humor and generous sharing of his life advice with anyone

who would listen. He will also be remembered with great admiration for his complete

devotion in caring for Madene in the later years of their marriage.

In lieu of flowers, the family requests that any donations be directed to Carondelet