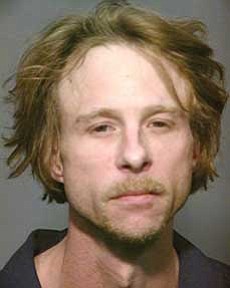 On April 6, at approximately 1:45 p.m. emergency communication specialists of the Northern Arizona Regional 911 Reception Center received a report of a 3-year-old male child that was breathing but unresponsive. The caller said the child was in the employee housing at a Valle business.

The first emergency responders to arrive were medical personnel of High Country Fire. They reported that the child was breathing but unresponsive with a black eye and severe facial bruising and extensive bruising on the rest of his body. The child was flown to Flagstaff Medical Center by Guardian Air where he underwent surgery and is currently listed in stable condition.

During their investigation deputies and detectives learned that Boling lives in Valle with the victim and the victim's 34-yearo-old biological mother. During an initial interview Boling said he was left to care for the child while the child's mother was at work. He gave an accidental excuse as to how the child was injured.

During a subsequent interview conducted by a detective, Boling made statements implicating himself in the assault and abuse of the victim. Boling is being held in the Coconino County Detention Facility on a $250,000 cash bond.