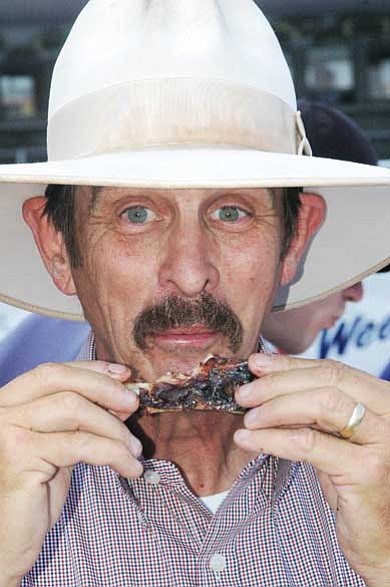 WILLIAMS, Ariz. - The Williams-Grand Canyon Chamber of Commerce and Special Olympics Arizona are proud to announce the Third Annual Northern Arizona BBQ Festival to be held June 15-16 at the Visitor Center's parking lot.

Professional barbecue teams from around the country will converge on Williams June 15 to smoke brisket, ribs, chicken and pork. The contest is Kansas City Barbeque Society (KCBA) sanctioned and teams will earn points in this State Championship Event with over $10,000 in prize money.

The official kickoff to the festival is 6 p.m. June 15. Admission to the event is free to the public. When the gates open, smoke will fill the air and team cooking will be in full swing. In some cases, teams will smoke beef brisket for up to 17 hours. Visit the beer garden featuring local and national favorites and music on the main stage with Cottonwood, Ariz., based band, Aces and Eights from 7-10 p.m. Barbecue dinners will be sold by some of the competitors beginning at 6 p.m. Additionally, a few lucky visitors will be asked to help judge an impromptu "BBQ Throw-Down" competition between two of the teams.

On June 16, the gates open at 10 a.m. Tickets can be purchased for tastes of the barbecue prepared by the professionals and supporting Special Olympics.

Enjoy more music from the main stage with a band at 11 a.m. and another at 2 p.m. while the contest is in full swing. At 4 p.m. the winners will be announced and trophies along with prize money will be awarded. The beer garden will be open all day featuring beers from the area or try a nice local Arizona wine.

For more information visit www.experiencewilliams.com or contact the Williams-Grand Canyon Chamber of Commerce at (928) 635-0273.