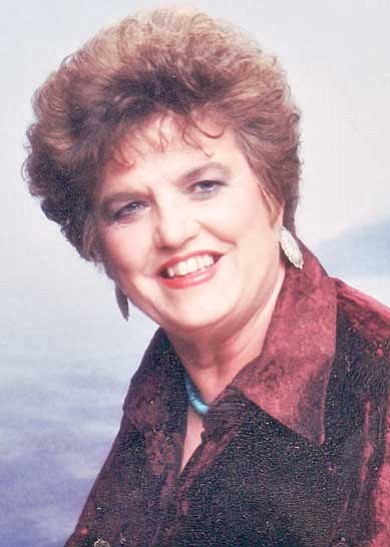 Eagle was born in Williams, Ariz. to Ambrose and Miriam Whiting Means. Eagle lived in Williams until she met and married John T. Smith of Seligman, Ariz. in 1950. They made their home at the Grand Canyon for the next 28 years where they raised their three daughters.

Eagle was employed at the Grand Canyon as a telephone operator with Mountain Bell in 1955 until it went dial in 1961. She was one of the operators on duty when the TWA and United Airlines collided over the Grand Canyon. She and three other operators had to pull 16 hours shifts during this tragedy.

Eagle was then employed with the Fred Harvey Company until she was offered employment with Verkamps Curios, where she enjoyed working with Native American Arts. She was later employed in 1963 with Valley National Band as a teller, and then promoted to operations supervisor where she won many service awards and was Emery Kolb's favorite teller. Eagle later became employed in 1970 with the National Park Service in their history department until she and her husband John purchased the Coffee Pot Café in Williams. John and Eagle Smith owned and operated the Coffee Pot Café until John's death in 1978.

Eventually, Eagle found love again, marrying Dwayne Jones in 1982. They made their home in Cuchillo, N.M. where they lived until Dwayne passed away in 2006. Eagle moved back to her native Arizona and settled in Prescott Valley, Ariz.

Eagle was a passionate collector of antiques and western and Native American arts. She was very creative and talented. She enjoyed genealogy, scrapbooking, gardening, sewing, reading camping exploring and rodeos. Eagle also loved to write and was in the midst of publishing a book she wrote about her father, Ambrose Means, who roped with Buffalo Jones in two African Expeditions and rode in wild west shows with Buffalo Bill Cody and Annie Oakley. True to her adventurous nature, she loved to travel, visiting Europe, Ireland, Egypt, Israel and her favorites, Africa and Alaska.

Eagle was preceded in death by her husband John T. Smith, husband Dwayne E. Jones, her sister Cody Person and her brother Thomas Bowdon Jr. She is survived by her sisters, Opal Means and Harriet Lockwood both of Williams, daughters Linda Thompson (Raymond) of Williams, Shirley Annecchini (Rocco) of Prescott and Cathy Carter (Don) also of Prescott. She had eight grandchildren, Jason, Brett, Collin, and Raymond Thompson, Anissa, Andria, and Dustin Carter, and Rocky Annecchini and 10 great grandchildren.

Graveside services will be held at the grand Canyon Pioneer Cemetery at the Grand Canyon on Saturday, Oct. 8 at 1 p.m. Arrangements will be handled by Norvel-Owens Mortuary in Flagstaff, Ariz.