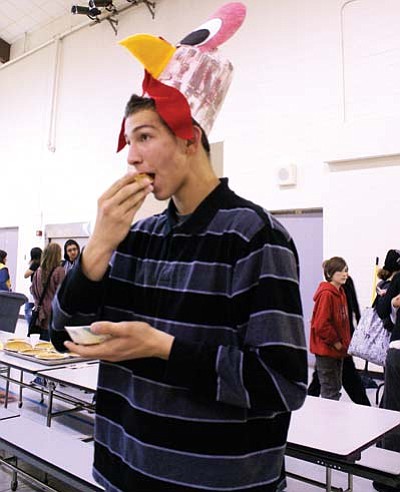 "What an assembly line to prepare the dishes for the actual luncheons," he said. "Matt (Yost) had scheduled different groups of high school students to work in the kitchen to prepare, to serve and to clean up, so that all lunches ran smoothly. During the preparation, Matt would bark out orders to the culinary students as to what was happening. 'Let's get some spices for the stuffing to give it some flavor. Put the pies in the oven now. Let's have you two begin to make the gravy.' The students knew exactly what to do. Not one thing was dropped, spilled, broken or lost on the way to the dining tables. It was organized chaos - just like a real restaurant when preparing for a banquet!"