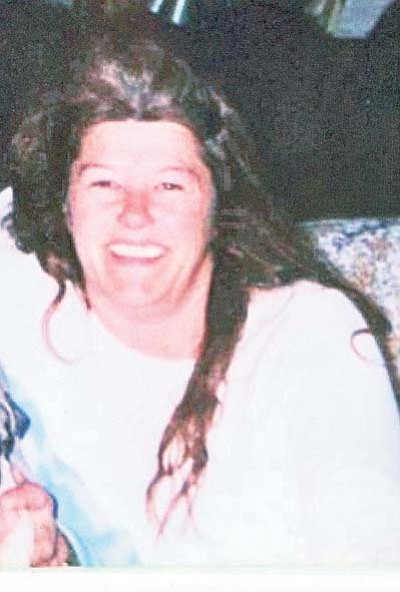 Cindy was born Aug. 7, 1955 in Williams to Cody and Richard Willbanks. When Cody married Gene Pearson, he adopted Cindy. She went to school in Williams. When she was in high school, Cindy worked as a waitress for several cafés. She loved horses and her grandpa, Tommy Bowdon.

She left after school and moved to Colorado, then went to southern California. She went to work for Hilton Hotels and was transferred to San Diego where she was in charge of one of their restaurants for many years. She then went to work for a tour company on a ship taking pictures of the tourists. She then moved back to Williams and met Robert, who she married. She moved to New Mexico and then to Texas and back to New Mexico where she worked taking care of the elderly. She and Robert split and she then moved to Rim Rock, Ariz. where she worked for a private school.

She then wanted to move back to Williams. She was buying her home at 714 E. Edison, where she played as a child. She was home.

She is survived by her sisters Leslie, Molly and Tammy; a brother Jim; aunts Opal and Harriet; and her cousins Linda, Shirley, Cathy, Ronald, Troy and Rosland and their children.

Cindy will be missed. The family wishes to thank everyone that attended Cindy's services, provided food, sent flowers and cards and offered condolences.