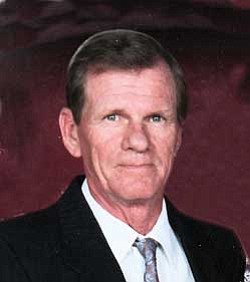 Daniel (Dan) A. Hultin, 57, of Ash Fork passed away at home with his loving wife by his side on Friday, May 13, 2011 after a long, brave battle against cancer.

Dan was born in upstate New York and moved to northern Arizona in 1994. He was employed at Grand Canyon School District from 1995-2007 as a technology coordinator. Dan was outgoing, enjoying the outdoors as an avid golfer and a member of Elephant Rocks Men's Club and Saturday morning Skunk group. His other passions were boating, fishing, hunting and working around his home.

Dan will be greatly missed by his family and friends and everyone who he touched in life.

He is preceded in death by his parents Margery and Leonard Hultin.

A celebration of Dan's life will be held at 2 p.m. Friday, June 3, 2011 at the Sultana Theater in Williams.