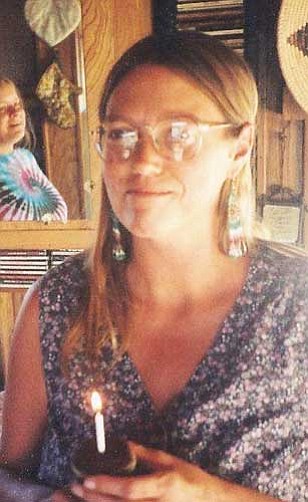 Linda Carol Knutson, born October 3, 1953, to Clifford and Marion Knutson, passed away quietly after bravely battling a long illness May 8, 2011.

Linda was born in Orange Park, Fla., and graduated from Orange Park High School in 1971. She moved to the Grand Canyon area from Tennessee in 1978 and landed a job at Phantom Ranch.

After moving to Tusayan in 1982, she worked many years in aviation, both in "Tusaigon," at Madison Aviation, Kenai Helicopters, and Grand Canyon Helicopters; and at Grand Canyon Airport with Scenic Airlines and Air Nevada.

She also tended bar for several years at the then-legendary Squire Fun Center and later at Hit the Spot, and in the interim, she worked a season at Kantishna Roadhouse in Denali National Park, Alaska.

Her career continued with ten years at the Red Feather Lodge.

She is survived by her partner John Moran, her mother, her sister Julie West, and her brothers Gregory, Douglas, and Carl. Linda was preceded in death by her father, and her brother Paul.

She dearly loved Tusayan, the Grand Canyon, and her many friends and extended family in Northern Arizona. She is loved by many and will be sorely missed by all who knew her.