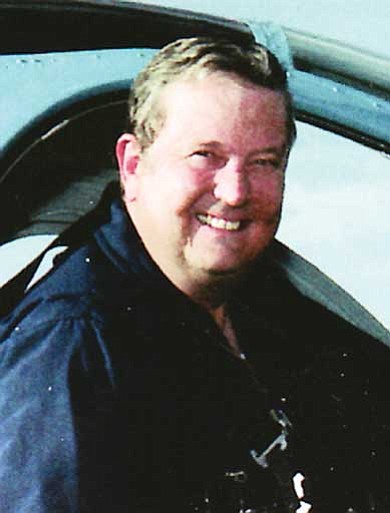 WILLIAMS - Some people drift into their future and others soar into it with purpose and direction. Dr. S. Harry Robertson of the Pine Springs Ranch, south of Williams, has skyrocketed into his.

Robertson will be inducted into the National Aviation Hall of Fame (NAHF) Enshrinee Class of 2011 July 16 in Dayton, Ohio, along with Iven Carl Kincheloe Jr., the late Charles E. McGee, and the late Thomas D. White. A lifetime of hard work, brains and guts to act on his dreams got results. In the aviation world, Robertson is known as the "father of the crashworthy fuel system."

American pilots who have been fighting for our freedom in Iran and Afghanistan refer to the crash worth fuel tanks as "Robbie Tanks," according to the NAHF Enshrinement Director, Ron Kaplan.

This humble nickname for a tank that saves lives by not exploding after a crash was developed by a man of a powerful, yet humble nature.

"Never could I have imagined being a part of such a prestigious collection of aviation and aerospace pioneers," Robertson said.

Robertson reveres his fellow man and also the wide opens spaces, raising cattle and the western life in his native Arizona home. Robertson also resides in Phoenix, working as the CEO of his company formerly known as Robertson Aviation, LLC. The name was changed to Robertson Fuel Systems, LLC in August, 2009.

As a boy, Robertson hunted quail and scouted along the 36th parallel where the Beal trail crisscrossed his grandparent's ranch - Elmer and Matilda Duffield. Amidst the memories of sliding on Navajo rugs across the wood floors, fragrant cedar burning in the wood stove, there was a destined meeting of a famous airman who would shape Robertson's dreams.

"Charles Lindbergh landed his aircraft in Williams, because of engine problems," Robertson said. "When my grandfather helped Lindbergh and he wouldn't let him pay, (this hero to be) took my mother for a plane ride. Years later, in the middle 1940s, Lindbergh and his wife passed through Phoenix and looked up my mom. At that time my family and I visited with him for a few hours."

The meeting added to Robertson's enthusiasm for aviation. He graduated from Arizona State University in 1956 with a BS in general studies, emphasizing business administration and mechanical technology. He was an Arizona Army National Guard pilot in 1960-61 and 1970-74 and a U.S. Air Force pilot from 1956 to 1960. He has been listed in Who's Who in Science and Engineering since 1993 by the Marquis Who's Who Publication Board and in 1994 received the A. Howard Hasbrook Award from the Aerospace Medical Association. Among many other awards and accommodations, Robertson was inducted into the OX5 Aviation Pioneers Hall of Fame in 1996.

His focus on fuel systems, with high standards of precision and correctness in all his work helped shape his crash-worthy fuel systems that can be installed in aircraft as small as a MDHS 500 helicopter a sheriff might use, on up to the Apache Attack helicopter and large cargo/troop carrying choppers.

The past few years have found Robertson working on a contract to be completed by 2012 for Naval Air Systems Command, Patuxent River, Md. for the procurement of V-22 mission auxiliary fuel tanks, refueling kits, and accessories, reported in Bloomberg Business Week.

The years of study and perseverance to build an answer to the fuel tank dilemma also served Robertson in returning to his boyhood ranch that was lost by his grandparents and his Uncle Elmer Duffield who shared it with them. The Depression was no respecter of persons and the Duffield family lost all but some easements on the land over which the sheep trails ran.

He found that the Duffield homestead was sold to a man who had been his Uncle Elmer's commanding officer in France during World War 1. This gentleman was married to Isabelle Greenway, the first woman from Arizona to be elected to the U.S. House of Representatives. The Greenway family's ranch sold to Bazy Tankersley in the 1970s. And in the 1990s she sold the old Duffield homestead to Robertson. He was also able to purchase the adjoining Pines Springs Ranch from Doug Bard. He has enjoyed raising the three-way cross of Brahman, Hereford and Angus cattle.

"They go the extra distance to forage, which means a lot in rough country," Robertson said.

After this Fourth of July celebration and considering the men and women who fight for our freedom, we might stop and consider on July 15-16, a Williams hero who helps keep our military people alive during a tragedy such as a helicopter, airplane or racecar crash.

The National Aviation Hall of Fame currently recognizes with enshrinement the achievements of 207 men and women. It houses an interactive learning center comprised of pioneers including Wrights, Lindbergh, Earhart, Glenn and Armstrong. And soon S. Harry Robertson will be among them - still working, innovating and ranching in Williams.