Swing into summer with new adult softball league
Men's, women's and coed teams to be offered 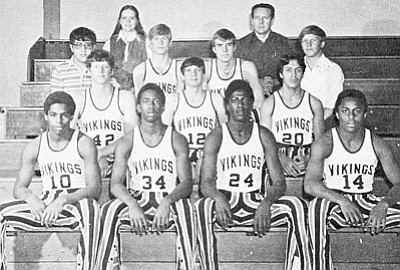 WILLIAMS - Get a team together of friends, family and fellow softball enthusiasts and start brushing up on your pitching technique. After five years, League Organizer Johnny Hatcher is starting up an adult softball league to raise money for new baseball fields to be built in the Williams area.

Hatcher said unlike leagues he ran in previous years where the dues went to the city, this year, proceeds will go toward building a new field.

Potential teams must have at least 10 players, and Hatcher said he will allow players aged 14-years-old up.

"I want to get the kids involved, too," he said. "This time it is for the kids, so all the money I get is going back to the kids."

So far, many people have expressed interest in playing, Hatcher said. But commitment is needed in order to move forward with plans.

"If we have four teams we will go play," he said. "That's four teams that want to play, and I'm willing to give my time to them. To me that is $800 for the kids and that is a start."

Raising money and having fun is the goal. So, Hatcher plans to schedule three games per night with participants from teams not currently on the field umpiring.

"We will play seven innings, but if they are ahead 10 runs after five innings then we will call the game.

Hatcher said some experience with the game of softball is helpful, but all abilities are welcome to play. Just bring along a good attitude and a willingness to learn.

"There are a lot of people that don't have a lot of experience," he said. "We are not so competitive that we would overlook those people. They are just out there to have fun.

"I will establish some rules like no drinking in the dugout, no cursing and no arguing with the umpire. Those are my three simple rules."

Games will be an hour long and held at Cureton Park.

Roster forms are available at the Recreation Center. Call Hatcher at (928) 600-0495 for more information on how to join.