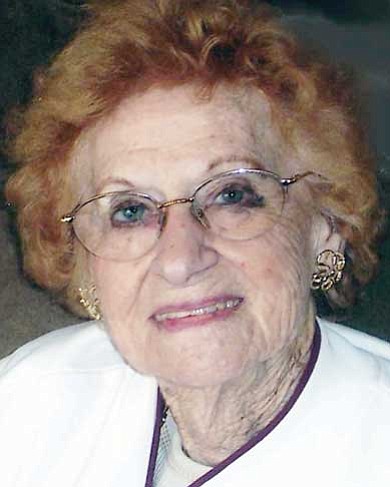 Laura was born in Cement, Okla. on March 18, 1914 to Herbert and Frances Frazier. She had an older sister, Thelma.

The Frazier family moved to a ranch southwest of Williams in 1924, and she resided there and in Williams for most of the remainder of her life. She married Clarke Cole in 1933, and had two daughters, Norma and Dixie. Laura worked for the city of Williams as City Clerk for 27 years, retiring in 1976.

She was preceded in death by her parents, her sister, Thelma, and her husband Clarke.

Services will be at the Williams Community United Methodist Church on Thursday, June 30, 2011, at 10 a.m. with viewing at 9 a.m. A light luncheon will follow the service in the fellowship hall. Pallbearers are: Laura's grandchildren and David Purvis. Honorary pallbearers are: Johny Waller, Fred Hoffineyer, David Pouquette, Jim Bowie, Fred Cothren, and Bob Dean.

Funeral arrangements are being handled by Norvel Owens Mortuary. Condolences can be sent to the family online at www.norvelowensmortuary.com.