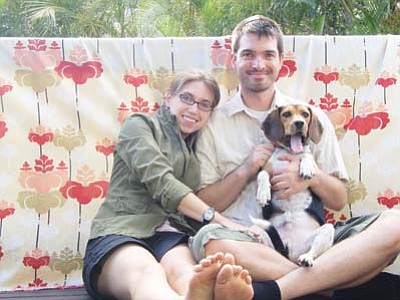 Will was born June 16, 1977 in San Francisco, Calif. Early on, he fell in love with the outdoors on white water rafting trips and trips to national parks with his family. Will was also an avid athlete, excelling in both soccer and lacrosse. He graduated from Humboldt State University in 2000 where he anchored the lacrosse team and earned a degree in Natural Resources and Interpretation.

Throughout his career, Will worked as a park ranger in 11 different national parks and national forests from Yellowstone, where he met his wife Laura, to Hawaii. He was a park ranger at Grand Canyon National Park for the last three years. Will was known for his creative and touching ranger programs and was beloved by visitors and co-workers alike.

Will was passionate about the outdoors and was an avid hiker, backpacker and birder. He loved cooking and grilling, traveling and watching football and baseball games. Will loved his family and friends, his dog Hobart and his career. His warm heart, sense of humor and upbeat personality will be missed by all who knew him.