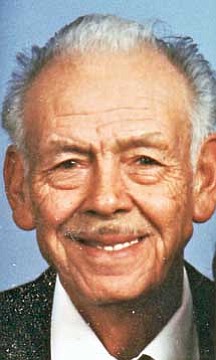 After a courageous six-year battle with cancer, John Q. Carrillo, 85-year-old life long resident and businessman of Williams, passed away peacefully on Friday, Aug. 5, 2011. He was one of five children born to the late Conception and Maria Carrillo.

Mr. Carrillo served in the United States Navy as a seaman in World War II. He was an active commander and member of the American Legion Cordova Post 13 and was honored for his 60 years of service.

He was preceded in death by his brother Louie Carrillo, sister Adela Cebalos and late wife Sukie Carrillo.