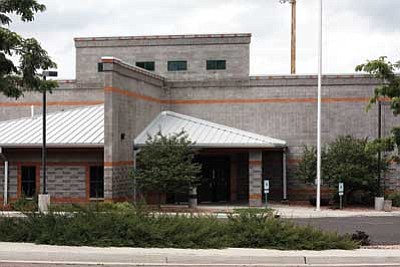 WILLIAMS - The fate of the Williams campus of Coconino Community College (CCC) is still up in the air, as college officials look at their options in regards to the local facility. While the campus closed this summer, fall classes continue. Traditionally, however, the campus is under-utilized by the public.

"It's really under utilized," said Scott Talboom, director of public relations for CCC.

"We're exploring different options to make sure the building gets the most utilizations as possible," he added.

Some iTV classes, in which students participate in class via television, and occasional adult classes are still offered at the facility. Many students prefer to attend classes in Flagstaff, according to Talboom.

"We certainly would like to see the building used more," Talboom said. "To my knowledge, we're not planning on closing it yet, but I haven't heard of any solid agreements at this time."

CCC President Leah Bornstein said college and city officials are currently in the negotiation stages for possible shared use of the facility between the city and CCC.

"We (city of Williams and CCC) are still in the discussion stages regarding utilization of the CCC Williams building. Details such as cost, services, uses have not been determined at this time. However, CCC remains hopeful that a true community partnership is possible," Bornstein said.

Currently, Bornstein said, offerings at the Williams campus have not changed.

"CCC has listed iTV courses for the fall that are available to students in Williams as well as adult education courses and non-credit courses. This has not changed," Bornstein said.

While 90 percent of classes offered at CCC are not cancelled, those numbers change in Williams. At the Seventh Street campus, according to college officials, close to 50 percent of the classes are cancelled due to a lack of enrollment. In the spring semester, 40 students were registered as being from the Williams, Grand Canyon area. Out of those 40, 37 attended classes at the Flagstaff CCC campus. Altogether CCC serves close to 10,000 students in Coconino County.